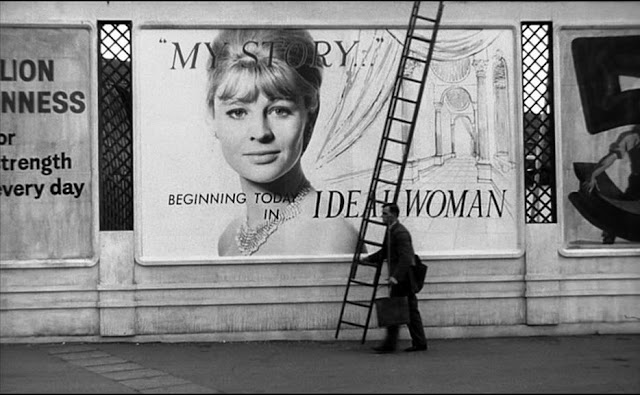 Darling is cool, and raw and cold in its depiction of sexuality, both hetero and homo. It is aided by a brilliant and witty script by writer Frederic Raphael. John Schlesinger, who later won an Academy Award for Best Director for Midnight Cowboy, directed Darling. The cast is a special one, headlined by Julie Christie, who also starred in David Lean’s epic Doctor Zhivago during her star making year of 1965. The film also stars Dirk Bogarde, as her love interest, and Laurence Harvey as a charming young London socialite.

The film won three Academy Awards in 1965 including Best Actress for Christie and Best Screenplay for Frederic Raphael, an American-born, British-educated screenwriter who would later pen Two For the Road, and most recently Stanley Kubrick’s final film Eyes Wide Shut. Darling became notorious for describing the urban way of life for London’s rich and famous.

This was precisely the time when films were radically changing across the globe. Jean-Luc Godard and Francois Truffaut in France, Bernardo Bertolucci in Italy, Roman Polanski in Poland, Milos Formas in the Czech Republic, Andrei Tarkovsky in Russia, and filmmakers like Mike Nichols and Dennis Hopper were making headlines in the United States for their radical approaches to film as well. Meanwhile, England also saw a new wave of young filmmakers who were making groundbreaking pictures such as Tony Richardson’s Tom Jones and Lindsay Anderson’s If… in addition to Schlesinger whose career in movies began in the 50s, as an actor. 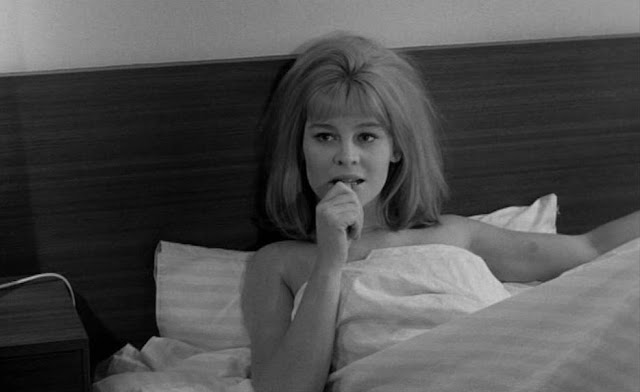 Darling was his first international success as a director and it helped him land Midnight Cowboy, when Hollywood began knocking on his door. Darling features a brilliant cast, and Christie excels as a bored, young and naïve girl hungry for stardom and happiness. Released during a period known as the swinging 60s, Darling was a perfect film for its time. Raphael’s script seamlessly builds a foundation for characters that are shallow, yet vulnerable and complex. The film perfectly personifies London in the 1960s. The film says a lot about the illusions of glamour and fame that women are compelled to fulfill.

Darling is still as timely today as it was then, since there are still so many women who cling to the images and myths of ideal womanhood, and whose goals lead them to believe that social climbing will lead to happiness. Our own era has an even more all-pervasive cult of celebrity than the ‘60s did. Darling was a quasi-landmark film. It introduced to the world one of the finest stars of the 60s and 70s. It also paved the way for more provocative dramas, shooting in masterful black and white for more flavor and feel. Darling remains an underrated classic nearly 50 years after its release.
Posted by IG at 11/02/2011 1 comment: Links to this post