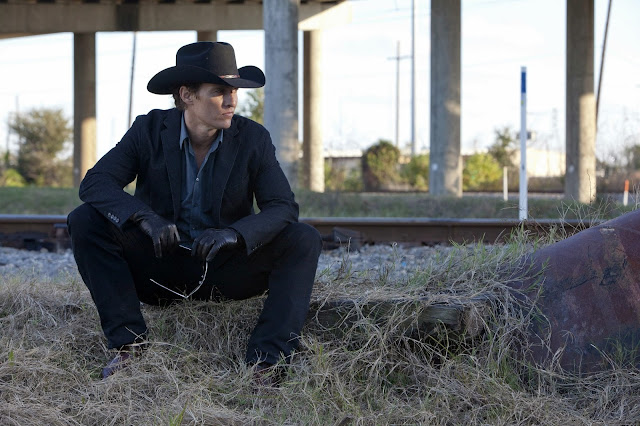 Where do I start? William Friedkin, director of 70s classics like The French Connection and The Exorcist, returned to the big screen in 2011 with an audacious, violent, and brilliant adaptation of Tracey Letts’ play, Killer Joe. The film stars Matthew McConaughey as Joe Cooper, a police detective who moonlights as a serial killer. Chris (Emile Hirsch) is in desperate need of cash to pay off some gambling debts. So Chris decides to hire Joe to kill his mother, so that Chris can collect the insurance money. Chris’s family gets involved in the plot, including his brainless father Ansel (Thomas Haden Church), Ansel’s second wife Sharla (Gina Gershon), and Chris’s innocent younger sister Dottie (Juno Temple).

Joe is prepared to do the job but needs an advance on his payment, which naturally, neither Chris nor his family has. So Joe, after a chance meeting with Dottie, agrees to do the job and receive payment later, in return for Dottie’s virtue. That’s where the insanity begins. Soon, we realize that Joe harbors sick fantasies, which the virginal Dottie is receptive to because she’s never enjoyed such attention from a man before. 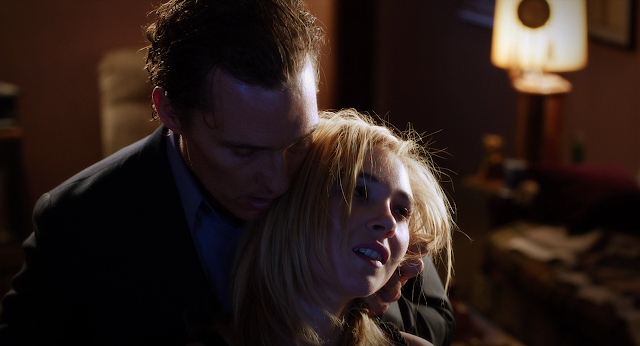 Given an NC-17 rating upon its release, Killer Joe is a relentless, unforgiving, but fascinating portrait of the Deep South, and the shady characters that inhabit it. Matthew McConaughey was criminally overlooked during the last awards season, perhaps because the material is so dark and critics were probably rubbed the wrong way by a certain scene involving a piece of KFC chicken. But his presence is significant and McConaughey dominates every scene he’s in. He mixes charisma and sociopathic tendencies so fluidly together, it oozes out of him with every line he delivers.

With elements of classic pulp, and black humor, Killer Joe is a love it or hate it movie with potential to become a contemporary cult film. Friedkin, the old master, was able to garner solid performances from everyone involved including Gina Gershon (the sleazy housewife), Juno Temple (virginal lollipop), and Emile Hirsch (hapless loser who can’t catch a break).

The original stage play premiered in Chicago in 1993. Since then, Killer Joe has been performed in at least 15 countries in 12 languages. Mr. Friedkin and Mr. Letts first teamed up in 2006 for the offbeat drama Bug, which starred Ashley Judd and Michael Shannon as a couple holed up in a motel room. Friedkin has had a patchy career over the last few decades, but Killer Joe proves that he is still one of his generation's most daring filmmakers. 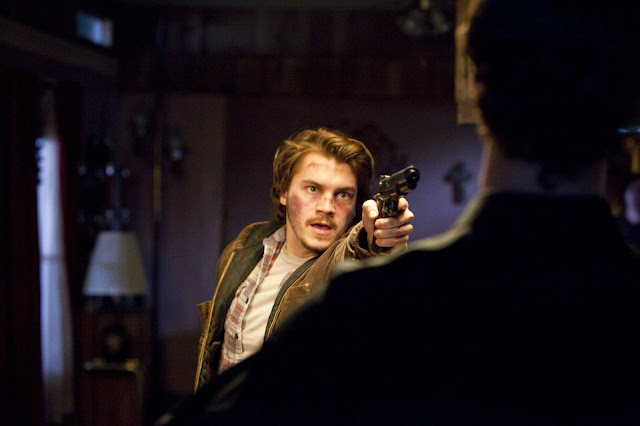 After flops like Blue Chips and Jade in the 1990s, Killer Joe is a courageous bid for a comeback from a director who has had few hits since his 1970s heyday. Luckily, the sharp skills that helped earn Mr. Friedkin an Academy Award for Best Director in 1971 for The French Connection and more accolades two years later for The Exorcist find their way into Killer Joe.

Because of, or perhaps, in spite of, a very abrupt conclusion, Killer Joe proves to be a huge slap in the face to its audience. The film is outrageous and disturbing, but Friedkin and co. confront cinematic taboos with style and humility, but also (dark) comedy and pathos. In all, Killer Joe is one of the most difficult-to-watch-but-difficult-to-turn-away-from movies made in recent memory. This film is not for the faint of heart, but it is a balls to the wall, no-holds-barred drama that will leave you with your jaw dropped by the end. Its becoming more and more rare that a film takes as many risks as Killer Joe does, and that's why its so good.
Posted by IG at 7/26/2013