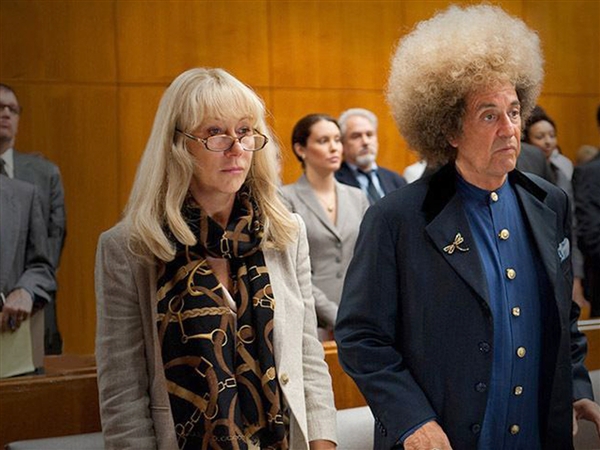 Phil Spector is not about Phil Spector. It’s not about Lana Clarkson’s murder, or the trials that put Spector in prison for what is likely the remainder of his life. The film is not about his lawyers, although it is told from the perspective of one of his lawyers. The film is so ambitious that it uses the story of Spector and the murder trial as a means of asking big questions, philosophical questions, moral questions. What is fame? What does it mean to be famous? What does it mean to die while being famous? Does death change a person’s well-known status?
This HBO produced film is driven by David Mamet philosophizing about fame, money, wealth, excess, and the cult of celebrity, and the relationship between the public and celebrities. Many critics have been outspoken about Mamet's portrayal of Spector. But you’re never sure what to believe in this film, because, as it’s stated in an opening title card, it is not “based on a true story,” and is a “work of fiction.” Although, that disclaimer probably comes from HBO, not Mamet himself, because Mamet does offer his opinion on the events. He does make Spector a mentally unstable, but innocent victim, and the audience almost grows to have compassion for the man.
Mamet even went as far as to suggest Spector’s outright innocence in a 2011 interview. "They should have never sent him away. Whether he did it or not, we'll never know," he told the Financial Times, "but if he’d just been a regular citizen, they never would have indicted him." Regardless of what you may or may not believe, Mamet does a phenomenal job as writer and director, putting together an entertaining drama centered on a troubled, but strangely charming protagonist, played by Al Pacino. 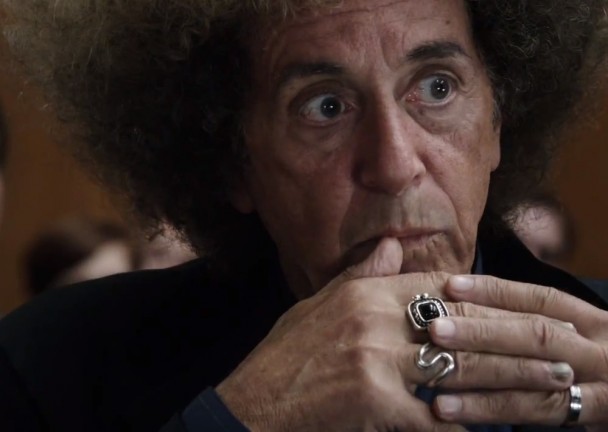 Pacino plays Phil Spector, the legendary music pioneer of the 1960s and 70s, now serving a life prison sentence for the 2003 murder of waitress Lana Clarkson in his secluded mansion. Pacino does a great job of capturing Spector’s odd little ticks; his walk, his raspy voice and his shaking hands.
Its also a welcome return for Pacino to HBO, who previously starred in the immensely successful Angels in America mini-series in 2003, and won a Golden Globe for his portrayal of Dr. Jack Kevorkian in You Don’t Know Jack in 2010. Here, Pacino reminds us why he is one of the finest actors we’ve ever seen. He is fragile, sensitive and nervous—the perfect embodiment of a man who once achieved the heights of his profession, and let his rich lifestyle catch up with him.
The excellent Helen Mirren plays Linda Kenney Baden, Spector’s lawyer during his first trial. At first, Baden is unsure of her client’s innocence, even though he claims it was a suicide. But after several conversations with the man, she slowly begins to realize that this is an old, broken down man, who, despite his past, might be telling the truth about this particular event.
In the end, many have criticized Mamet and the treatment given to Spector in the film. But if you only take into account that this is a movie, being portrayed by actors, reading lines from a script, then it is quite the fascinating little film. Quite like Spector himself, there is a strange charm to the movie, and its characters, and for this, I respect the actors, and the filmmakers, and applaud them for making a fine movie.
Posted by IG at 4/04/2013