THE PASSION OF JOAN OF ARC (CARL THEODOR DREYER, 1928) 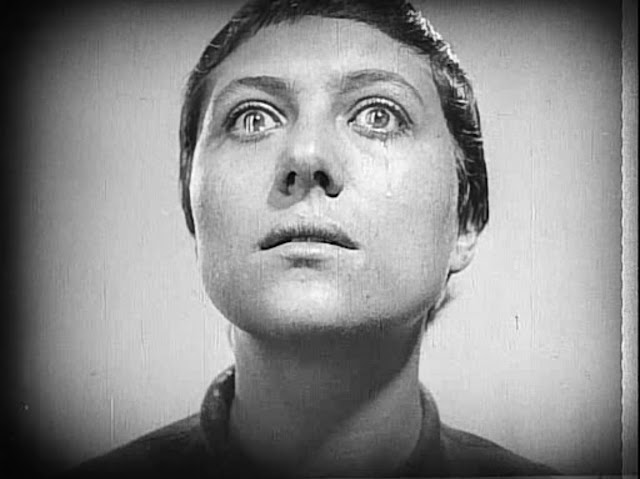 Some critics and historians refer to her as Renée. Others refer to her as Maria. Some simply call her Falconetti. Whatever name you want place on her, Renée Jeanne Falconetti, born on July 21st, 1892 in Paris, France, remains to this day one of the most talented and elusive actresses that ever lived. She only appeared in two films in her career—the 1917 French film La Comtesse de Somerive and 1928’s The Passion of Joan of Arc, directed by Danish filmmaker Carl Theodor Dreyer. It is her performance in the latter film that has stood the test of time as a stunning achievement, a performance created not through words, but with actions and feeling.

What is most impressive about Falconetti’s performance is that the majority of the film consists of close-ups with Falconetti's face as the principal means of conveying the mood of the story. Her facial expressions are consistently compelling and nuanced throughout the film, which she spends surrounded by judges and guards who want Joan to reveal her falsehood and sins. Her performance is essentially made up of her responses to the actions of her captives, and it is delivered with sincerity and honesty, shedding light on the face of Falconetti's soul.

At the core, The Passion of Joan of Arc is a slow, painful meditation on truth, courage, faith, and religion. There are many powerful moments in the film. At one point, Falconetti’s Joan loses consciousness and is being bled into a bowl, her blood flowing like a water fountain. It is a very disturbing scene, but deeply profound and sad and her emotions are overwhelming. Falconetti’s Joan is a saint with a lust for life. When she is asked to sign a confession that will save her life, she ultimately succumbs to the pressure and does so. At the last moment however, she realizes her grave mistake, and renounces her confession, choosing instead to be a martyr and become the ultimate sacrifice to God. 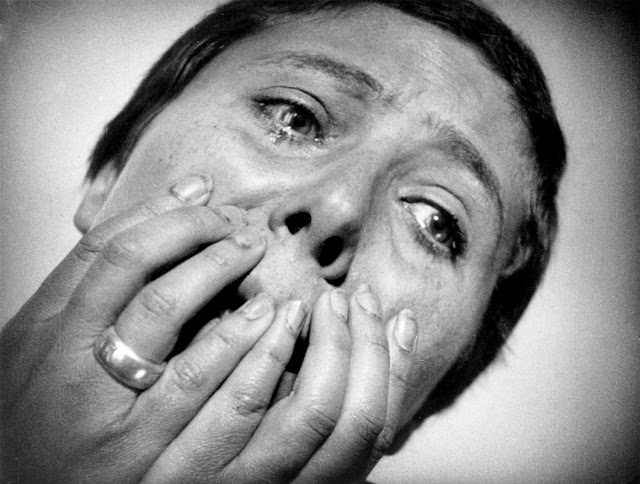 Falconetti spends the majority of the film looking at us with big, teary eyes. Eyes so big that they fill the frame. Tears so heavy that they can be felt through the screen. She was able to perfectly capture the legend and myth of Joan. The character is one that has built a lot of mystique over the years. The real Joan of Arc was born in 1412 in the Kingdom of France. Claiming divine guidance, she led the French army to several victories during the Hundred Years War. She was eventually captured and held prisoner by the British, who put her on trial for heresy. She was burned at the stake when she was only 19 years old. In history books, she is presented as a young, pious woman with a close connection to God. In the film, she is presented as a vulnerable, and helpless character.

In order to enjoy the film, viewers must have patience in order to appreciate the art of the close-up. It can sometimes be overwhelming to see the same face, in the same expression for 90 minutes, but that is the beauty of the performance, not just of Joan, but of her captives as well. Thanks to Dreyer’s incredibly unique and sometimes dizzying camera work, he created a mystical and fantastic film experience. 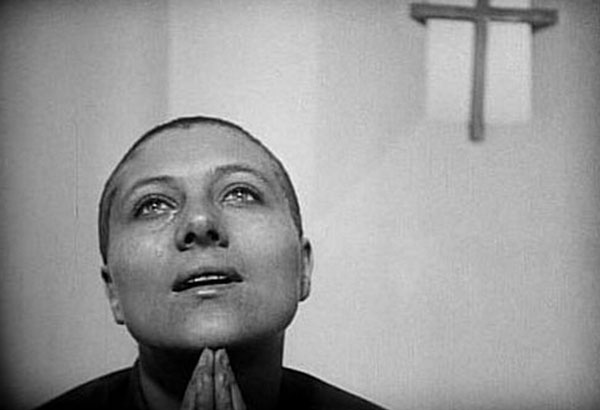 Since it’s release 84 years ago, Joan of Arc has been victim to religious and political censors, several fires that destroyed valuable prints, and unauthorized cuts. In the early 1980s, an original, uncensored edit was found ironically enough in a mental hospital in Norway, and was fully restored for release. The film is an appalling example of the potential of film as an art form. No amount of critique or reviewing can account for the power of the film. It is a rare experience that has to be seen to be understood. Dreyer’s meticulously crafted aesthetic is perfectly matched to the agonized performance of Falconetti. The viewer does not have to be religious in order to understand the power of the performance. Her face performs actions that are beyond the realm of acting. It is a window into the soul of a saint and martyr and is perfectly captured by Ms. Falconetti.

Maria Falconetti was 36 years old when she portrayed the 19-year old Joan. Her portrayal of a fragile young woman, one who was put on trial, accused of heresy, then tortured and burned at the stake by educated religious figures is intense and unforgettable. She was the perfect Joan. The likelihood exists that among the last thoughts of this fascinating, scared, pitiful and extremely faithful woman of 19 was the belief that she would be reunited with God, and that this was her fate in life. It is a scary thought, but it takes great humility and conviction to sacrifice your life the way that Joan did. Either that, or you just have to be plain crazy.