A Soviet film unlike any you’ve ever seen, Solaris takes place in a near future where scientists have been experimenting on a strange ocean planet called Solaris. When officials on Earth learn that the crew has lost their minds on the spacecraft, they send Kris Kelvin, a psychologist, to investigate. Arriving at the station, Kelvin experiences bizarre occurrences. First he learns of his friend’s suicide that occurred aboard the spacecraft before Kelvin arrived. The morning after he arrives, he is awakened to find that his deceased wife is in his room. He doesn’t comprehend her presence, but with the help of his colleagues aboard the ship, he comes to understand that she is a creation of his subconscious, and he begins to fall in love with her all over again.

Moving at a slow pace, the film carefully reveals that the planet has a mind of its own and is able to extract the thoughts and feelings of its inhabitants. Once a hub of science and exploration, the space station is now a hollow mask of its former self. And its up to Kelvin to bring things to order, until he sees his wife, and he falls spell to the magic of outer space.

Before Solaris, Mr. Tarkovsky had completed the religious epic Andrei Rublev in 1966, but it consequently became one of his worst received films and was never given an official theatrical release. Needing money and work, Tarkovsky decided to adapt notable science-fiction author Stanislaw Lem’s 1961 novel Solaris. It concerns itself with matters of love, loss, memories, dreams, and has become Tarkovsky’s most reocognizable film today.

Andrei Tarkovsky began his career in the early 1960s with Ivan’s Childhood, and followed it up with Andrei Rublev. It would be a full six years before Tarkovsky made another film. Facing government opposition, Tarkovsky continued to direct, albeit at a slow pace, until 1979, when the Soviets essentially blocked Tarkovsky from making another film. Moving around to Italy, and then to Sweden, Tarkovsky only directed seven total films before his untimely death at the age of 54 in 1986. Legend has it that he, as well as his wife and another crew member, contracted radiation poisoning during the filming of Stalker in 1979, and all three died within years of the production.

In 2002, Oscar-winning filmmaker Steven Soderbergh directed his own adaptation of the novel. Although the film moves at a much faster pace and excludes a lot of the detailed storytelling of Tarkovsky’s version, the 2002 Solaris is still very competent at focusing on the personal and metaphysical aspects of the novel. Although Lem disregarded both as being too attentive to the romantic nature of his story, rather than the scientific. 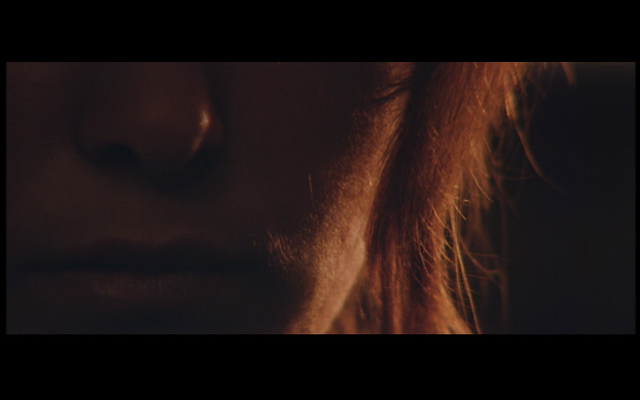 Solaris is a study in existentialism. Overly philosophical and meditative, it is also a wonder. It is slow, and ambiguous, but like all great art, it should be viewed several times and analyzed in order to extract all of its secrets and meanings. Solaris is a film about the subconscious. The planet the astronauts are orbiting is a living organism that is able to extract the deepest emotions and fantasies of its inhabitants. For some, it’s a child, or an old friend, for others, like Kelvin, it is a deceased spouse.

Over the years, Solaris has gained popularity as a companion piece to Stanley Kubrick’s 2001: A Space Odyssey, released four years prior to Solaris. In many ways, it was the Russian response to Kubrick’s masterpiece. Solaris features Donatas Banionis as Kelvin, the beautiful Natalya Bondarchuk as his wife and Tarkovsky regular Anatoliy Solonitsyn as a doctor on board the station. It won the Grand Prix Prize of the Jury at the 1972 Cannes Film Festival, and has been paired with Kubrick’s 2001 for double features at repertory theaters around the world for many years. Solaris is a classic of science fiction cinema, and a mystifying enigma that has puzzled critics and audiences ever since its release.