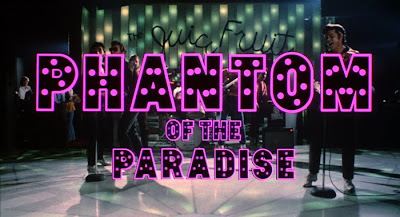 Phantom of the Paradise is a bizarre and beautiful film by auteur Brian De Palma. Beyond any measure, it is a fantastic blend of horror, and cheesiness, 50s du-wop nostalgia, and biting musical satire. It pays homage to countless classic films like Psycho, The Manchurian Candidate, The Picture of Dorian Gray, as well the story of The Phantom of the Opera and Faust. De Palma’s restless, uncompromised vision was a failure, both critically and financially when it was released on Halloween, 1974, just a year before The Rocky Horror Picture Show, another cult musical film that closely resembled Phantom of the Paradise.

Speaking after a screening recently, producer Edward R. Pressman said what drew him to produce several of De Palma’s films was his “intellectual eroticism and charm.” It’s scary to think that nearly 40 years already passed, but the film has developed quite a cult following in that time. Perhaps not as large as The Rocky Horror Picture Show or Eraserhead, another 70s cult film, the crowds that gather together to view the film four decades after its release is still quite respectable. De Palma himself refuses to attend retrospective screenings of the film, but its star William Finley attends every one that he’s invited to be present at, along with his wife, who choreographed several of the dance sequences in the film. 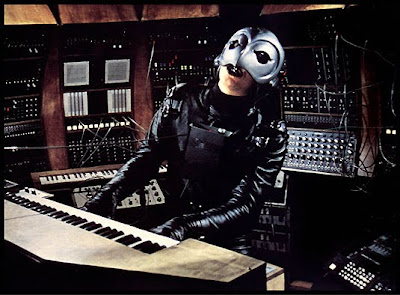 The plot is a twist on the classic Phantom of the Opera story. In De Palma’s wonderfully depraved version, a shy composer is deceived and sabotaged by an incredibly charismatic, and wealthy music producer, played by Paul Williams. According to Mr. Pressman, the megalomaniacal character is based on infamous music producer Phil Spector. Meanwhile, the same shy pianist suffers a terrible accident which renders his face horrific and obscene to others around him, thus forcing him to wear a mask to protect himself, and falls in love with a sweet young singer who he wishes to work with. The singer, played by Jessica Harper in her debut role, has spunk and charm and talent that the other ladies lack.

It’s easy to see why this film has become such a fan favorite over the years. It’s a pre-cursor to Rocky Horror, the Phantom's costume was the inspiration for the Darth Vader get-up in Star Wars, and the film also served as the inspiration for the band KISS, who saw the film and took its glam-rock approach to music and have created a rich musical empire that has lasted four decades and continues to grow. 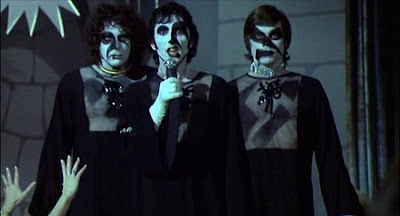 This was De Palma’s final film entry before he hit it big in mainstream pictures with Carrie in 1976. He followed it up with another throwback horror film, Dressed to Kill in 1980, and directed another movie that has found immense success past its release date, Scarface, in 1983. He went back and forth between Hollywood and independent fare for the remainder of his career. He found success with Body Double in 1984, The Untouchables in 1987, which won Sean Connery an Academy Award, and re-teamed with Al Pacino in 1993 for Carlito’s Way. De Palma turned 70 last year and has not directed since 2007’s Redacted, a controversial socio-political film that dealt with accounts of soldiers in the Iraqi War.

De Palma’s influences such as Hitchcock, Welles, Eisenstein, and others play a large role in De Palma’s more offbeat work, such as 1973’s Sisters, and more so in Phantom of the Paradise, which mocks the music industry, and the price that some musicians pay so dearly to achieve a taste of fame.

Phantom of the Paradise is not a film ahead of its time. Rather, it is a film that came before its time. Perhaps that is the reason why it has taken so long for it to achieve cult status amongst fans.

One last juicy tidbit: The film begins with a mysterious voiceover, delivered by none other than Rod Serling, creator of the The Twilight Zone.
Posted by IG at 4/10/2011