Swingers was made back in 1996, when the Sundance Film Festival was the elite breeding ground for tomorrow’s filmmakers. Set in Los Angeles, three struggling actors from New York spend their days hanging out in diners and jazz clubs while trying to pick up women. Their careers are going nowhere, so they soak up life with Vegas-road trips and hopping from party to party.

The film is centered on Mike, played by Jon Favreau, who wrote the script. Mike is a transplant from Queens and just made the move to L.A. to pursue an acting career. Being so far from home, he deals with the effects of a bad break-up in the midst of his big move. We then follow him for the rest of the film as he tries to put the memory of his ex behind him, while trying to meet someone new with the help of his eccentric friends, played by Favreau's real-life friends, Vince Vaughn and Ron Livingston, among others. 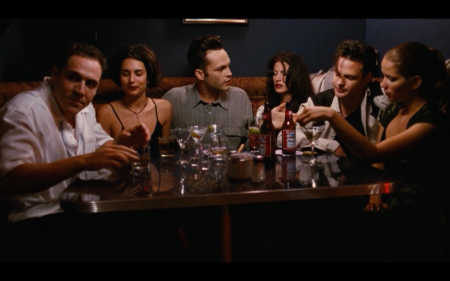 What made Swingers great was that it was original and honest, and yet it was very stylized and referential. Favreau and the gang did an exceptional job at mixing truth with style, which is always hard for filmmakers and artists to do. It takes a special group of people to make a memorable film, particularly one that is very low budget. There must be a gimmick for the audience to grab a hold of. For example, in the 2007 release, Paranormal Activity, a movie shot for less than $50,000, the majority of the footage was shot by the protagonists themselves, so that the movie looked like it was made on home video, lending to its authenticity, which in the end was proven to be just a ploy. But the film was well received, and grossed nearly $200 million worldwide, and has spawned three sequels to date.

Swingers was one of those tiny, independent films that came out of L.A. in the mid-90s. The impressive cast and crew included Vince Vaughn, who has become one of America’s leading funnymen, Ron Livingston, who enjoyed a stint on Sex and The City, and cult movie fame from Office Space, and Heather Graham who starred in the highly acclaimed PT Anderson film Boogie Nights, and recently starred in The Hangover, a global box office success. Jon Favreau eventually became a director, and helmed the first two Iron Man movies, which, together, grossed over a billion dollars worldwide during their releases. The man who directed Swingers is Doug Liman. You may know him as the guy behind the first Bourne film, The Bourne Identity. He also directed Mr. and Mrs. Smith starring Brad Pitt and Angelina Jolie. 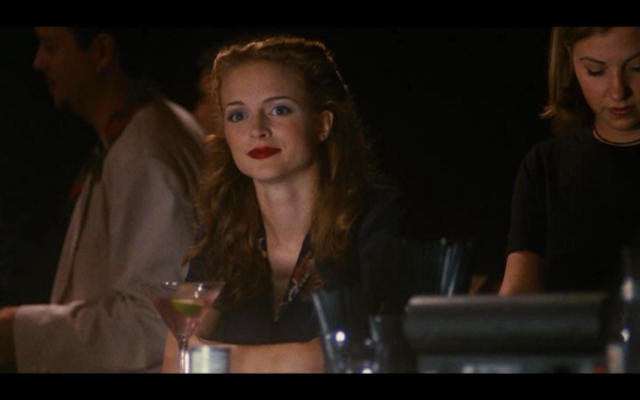 Made for only $200,000, Swingers became a cult movie hit, and spawned the careers of many of today’s leading men and women in Hollywood. It was distributed by none other than Miramax, headed by Harvey Weinstein. It seemed like every great independent film in the 90s was in some way connected to Weinstein and Miramax. The company released many memorable films that decade including Pulp Fiction, Good Will Hunting, and Shakespeare in Love.

Swingers features an eclectic but brilliant soundtrack with the tunes of Dean Martin, The Commodores, and Big Bad Voodoo Daddy, the latter of which performed in the film during a memorable swing dance performance at the movie's climax. It’s one of my favorite comedies, a film that mixes emotion and heart with some of the coolest lines of dialogue in recent movie history. If you’ve ever heard the expression “You’re Money!” this is the film that originated it.
Posted by IG at 4/18/2012