"You can learn a lot about society by who we choose to celebrate."

During a recent self-imposed Woody Allen bender, it struck me that the four films I watched were all connected with each other.

The first two, Stardust Memories from 1980, and Celebrity from 1998, represent the most underappreciated period in Mr. Allen’s career. Both films were shot in black and white, which, for contemporary films is highly irregular. Both films are also about the film industry, and pay homage to the classic European filmmakers who inspired Mr. Allen, like Federico Fellini and Ingmar Bergman.

Mr. Allen has long had an obsession with paying tribute to his movie heroes. In 1972’s Play it Again, Sam, the film not only attributes its title to Casablanca, but it even incorporates the ghost of Humphrey Bogart as a character. His 1978 drama Interiors was inspired by several of Mr. Bergman’s films. After winning Best Director and Best Picture at the Academy Awards for Annie Hall, Mr. Allen turned to more serious fare, including Interiors and the bleak romantic dramedy, Manhattan. Criticized for abandoning his earlier, slapstick comedies for more adult-oriented films, Woody made Stardust Memories not only as a response to the critics, but also to pay homage to Fellini’s classic 8 ½, about a film director in turmoil. 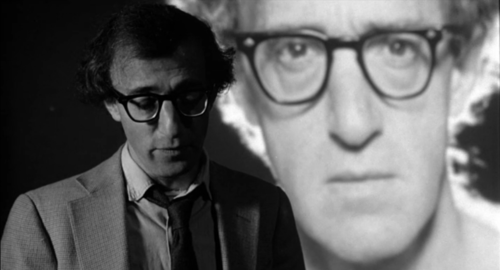 Stardust Memories was also the mark of a new chapter in Mr. Allen’s career. His relationship and collaboration with Diane Keaton had concluded, and a year later, he would being to date Mia Farrow, who would star in many of Mr. Allen’s most notable works from this period including Hannah and Her Sisters and The Purple Rose of Cairo. 1980 was also the year United Artists tanked due to the immense failure of Michael Cimino’s Heaven's Gate, thus leaving Woody without the studio he routinely worked with.

Nearly two decades later, Allen revisited the black and white world of the movie business with Celebrity. In one of the rare instances in which he did not act, Mr. Allen instead chose to cast British import Kenneth Branagh in the “Woody Allen” role, this time as a neurotic journalist who hangs out with the rich and famous. The film also stars Judy Davis as his ex-wife who embarks on a career in television. Both Stardust Memories and Celebrity examine the lives of movie stars and the privileged few who get to make a living off of it.

In Stardust Memories, it was Charlotte Rampling and Jessica Harper that headlined the cast. Celebrity featured a more spread out array of young stars including Winona Ryder, Leonardo DiCaprio, and Charlize Theron. Both films end up being tone poems to the dark side of filmmaking that Mr. Allen allegedly despises and finds his own criticisms by voicing them in his work. 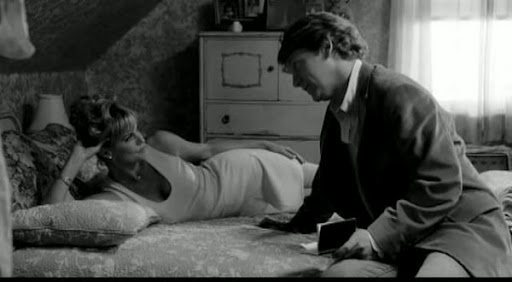 Mr. Allen thrives on intellectual comedy, that which provides  him the opportunity to prove how much smarter he is than everyone else, and how he rationalizes every situation so that it becomes logical and sensical. Mr. Allen has the most uncanny talent at showing his disdain for human civilization, simultaneously commenting on moral values, society, love, sex, money and beauty. His view of the celebrity world is bleak, lacking any warmth or color; perhaps that is why he chose to film both stories in black & white.

While Stardust Memories was made in response to the critics of Mr. Allen's more serious films, Celebrity was a response to the intense media coverage surrounding his affair with the 20 year old adopted daughter of his girlfriend, Mia Farrow in 1992. Since then, Mr. Allen has stayed away both from the limelight of the media, as well as from making films that satirize the world they inhabit. In 2012, Mr. Allen won his fourth Academy Award for Midnight in Paris. He is currently shooting his 43rd film, an as-of-yet untitled romantic comedy set in San Fransisco and New York.
Posted by IG at 7/22/2012