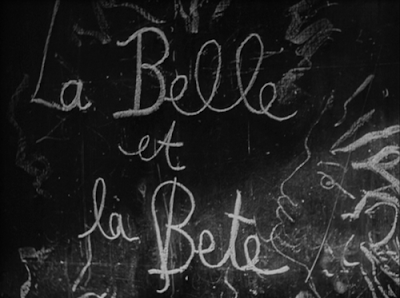 Jean Cocteau's 1946 exceptional fantasy film, Beauty and the Beast (La Belle et la Bête) is a lovely work of art. Visually brilliant, sad, tragic, and surreal. The combination of humans who played non-human characters like faces of statues above a fireplace, or extending arms which served as lamp holders make this is a very dreamy film.

If you’ve ever been involved in a doomed love affair, then you can relate to Beauty and the Beast. It is a timeless story of tragedy and love that was never meant to be. We can all relate to the characters of the beast and the beauty. The beast is someone who has been looking for something his entire life and cannot find it. He has been looking for a woman. A wife. His “beauty”. Then, he finally finds her, but there are people that stand in the way. Aside from the fact that she does not want to marry him, although she is fond of him and wants to remain by his side, or else he’ll die, her family is the one variable that affects the outcome of their relationship.

It is a surreal escape into the world of fantasy, love, and tragedy, and a film of poetic and psychological depth. People, including myself, tend to use a lot of various adjectives to describe a film. But with Beauty and the Beast, it is impossible not to use every kind of word of praise there is, because it encompasses so many different things, and makes you feel so many different emotions. It is a magical, and luminous movie, one that I am surprised was made all the way back in the 1940s, because the imagination of its filmmakers certainly was ahead of its time. 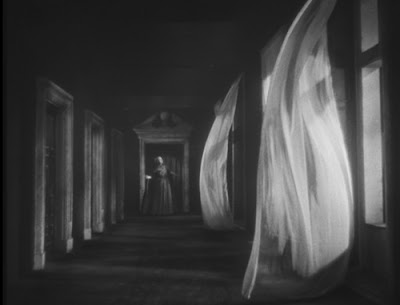 The surprise conclusion, however, is something that could have its own column about. The last few minutes of the film are simply beyond words. Without giving too much away, it is at the same time fantastical, like something out of a fairy tale, and also thought provoking and dreamlike, much like the film itself, although I for one did not foresee the ending at all.

Cocteau, while making the film, infamously fell ill. He was admitted into a hospital, and his skin began to deteriorate. The assistant director on the film, Rene Clement, who would later become an acclaimed French director in his own right, took over the directing for a short while. Cocteau recovered, and completed the film, his first foray into feature moviemaking. He did, however, make a film that ran almost an hour in length in 1930, and is considered the first part of his classic “Orphic” Trilogy series. However, it would not be until 1946, that he would direct a film again. 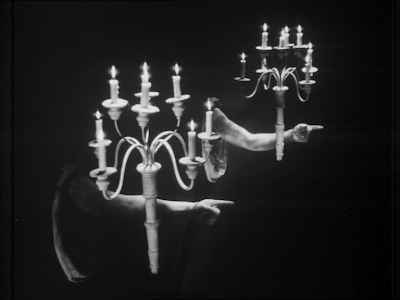 Cocteau did not direct many films in his lifetime. In fact, Beauty and the Beast, his feature debut, came at age 57. In his life, he only managed to complete four feature films, which came between the post-war years of 1946 and 1950. His final film, Testament of Orpheus, a film that blurred the lines between fiction and documentary, was released in 1960. He did however direct many short films during and after this period, as well as several documentaries. He died in 1963, at the age of 74 from a heart attack.

To this day, however, it is Beauty and the Beast that remains his most famous film. It is truly a transcendent movie experience, one that will be hard to duplicate.
Posted by IG at 3/05/2010