Rainer Werner Fassbinder is, among film students, historians, critics and aficionado’s, one of the most infamous cult figures in the history of cinema. The man who spearheaded the New German Cinema movement of the 1970s managed to direct over two dozen films from the time of his debut in the late 60s until his death in 1982 from a drug overdose. His most famous work, Ali: Fear Eats the Soul was released to critical acclaim in 1974, and invoked memories of classic 50s melodramas. Indeed, it was the work of American director Douglas Sirk, famous for directing melodramas, that Fassbinder was most influenced by. Shortly before his death, Fassbinder directed a set of films that formed what he called The BRD Trilogy (BRD stood for Bundesrepublik Deutschland, the official name of West Germany and of the united contemporary Germany). The trilogy consists of the films The Marriage of Maria Braun, Veronika Voss (otherwise known as The Longing of Veronika Voss), and Lola, all completed between 1979 and 1982, the year of his death. To this day, the trilogy stands as a testament to his legacy as a filmmaker and artist.

The first film in the trilogy, The Marriage of Maria Braun is a typical melodrama. Set amidst the end of World War II, Maria Braun marries a handsome young man, who then disappears amongst the chaos of post-war turmoil. After months of looking for him, she gives up and has an affair with an black-skinned American soldier. She miscarries their child, and then is surprised to find that her husband is actually alive and well. Beneath the surface is a career performance from long time Fassbinder collaborator Hanna Schygulla (she starred in 23 of his films). It is not a film without flaws, but looking at it from the perspective of an artist, it is astonishingly well shot and put together with an enigmatic ending that even Fassbinder himself probably couldn't solve. 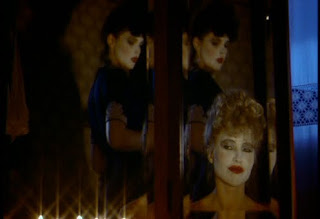 His follow up, Veronika Voss, which is an improvement over the first installment, is a bleak drama shot in black and white. Filled with beautiful, dreamy imagery, the film deals with a fading actress, the eponymous Veronika Voss, and a sports reporter who falls in love with her and desperately tries to save her from a mad doctor who treats her for depression. The story was based on Billy Wilder’s classic 50s Hollywood drama Sunset Blvd. It was also heavily influenced by the life and story of famed 1930s and 40s German actress Sybille Schmitz. 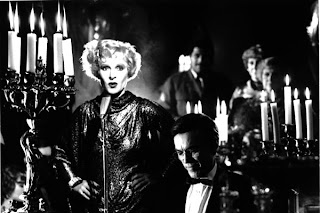 The final installment in the trilogy is Lola. An overly flamboyant portrait of a whorehouse and its inhabitants, the story is centered on the eponymous Lola, an aspiring singer falls for a wealthy businessman staying at her mother’s bed and breakfast. The film can be considered the exact opposite of the previous installment, Veronika Voss. A very colorful film, Lola is as glossy as a weekly gossip magazine, and perhaps the lesser film in the trilogy. 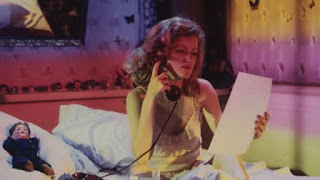 There are certain elements that bind these films together. The most important of which is the theme of torn women in Post-World War II Germany. The stories also all converge around the time of the 1954 World Cup, and all three films feature an African-American soldier, played by the same actor, but who meets different ends in each film, suggesting that the films don’t exist in a normal world, but in the hyper-dramatized world of Fassbinder’s creation. 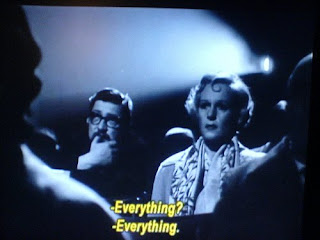 Rainer Werner Fassbinder completed only one other film after the conclusion of this trilogy. On March 17, 1982, Fassbinder overdosed on sleeping pills and cocaine. He left behind a deep collection of complex work, and at the time of his death, he was working on a new film, Rosa L, based on the life of German Socialist, Rosa Luxemburg. The film would later be written and directed by Margarethe von Trotta starring Barbara Sukowa, who played the title character in Lola. Fassbinder was only 37 years old when he passed away.
Posted by IG at 12/13/2010