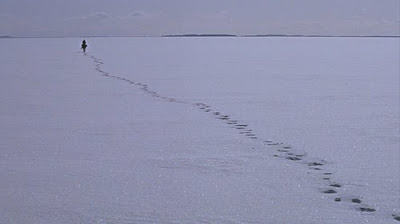 They say that David Lean's 1965 magnum opus was the last great epic in Hollywood history. Whether or not this statement is true is debatable. What is clear though however is that in the long career of David Lean, it might be Doctor Zhivago that is his most glorious accomplishment.

Lean's career began as an editor in the 1930s. He began directing during the early 1940s and by the end of the Second World War, he was regarded as one of the top filmmakers in all of Britain. 1945 saw the release of his first big success, Brief Encounter, which has now been adapted into a Broadway show earlier this year. Brief Encounter was a stark portrait of a romance between two star crossed individuals who meet at a train station over the course of several years. A year later, Lean began collaborating with actor Alec Guinness, a working relationship that lasted until Lean’s final film in 1984. Lean won his first Academy Award in 1957 for The Bridge on the River Kwai. A war epic about an American soldier forced into building a bridge while in a Japanese POW camp, it won 7 Oscars, including Best Picture. Five years later, history repeated itself, and Lean won his second Oscar for Best Director for the film Lawrence of Arabia. The film exceeded the Oscar tally of its predecessor, winning 8 Academy Awards, nabbing Best Picture as well. For his next project, lean tackled the famed Russian novel by Boris Pasternak, Doctor Zhivago.

The 1960s turned out to be the most turbulent decade in cinema history. The decade saw the release of many French New Wave films which sent shock waves through the industry. New Hollywood films also changed the way movies were to be made for the next several decades. The old studio system was falling, and individual freedom for filmmakers was rising. The coming years would be unkind to aging film legends like John Huston, George Cukor and John Ford, and saw the arrival of younger, edgier talent like Martin Scorsese, Mike Nichols, and Francis Ford Coppola. This is what makes Doctor Zhivago so unique and impressive. Made exactly at the time of this important transition, it utilized the old school ideals of a generation of filmmakers that were now being abandoned--and succeeded with flying colors.

Doctor Zhivago stars Omar Sharif as a young doctor struggling to survive with his wife and family during the turbulent Russian Revolution. It also stars Julie Christie as a nurse who begins an affair with the young doctor, and Alec Guinness as the title character’s brother. Spanning several decades from the early 20th century until Stalin’s prime year in the 1930s, it is an epic story of love, suffering, and war. That is probably a logline that has been attached to many films over the course of cinema history. Doctor Zhivago excels in every department in order to stand out. The cinematography feels as if a classic painting has come to life. The acting was marvelous and it is shocking that not one of the principal actors received a Academy Award nomination for their performances.

This was Lean’s final masterpiece, and he only directed one other film before retiring in 1984 with A Passage to India. Despite the fact that Lean has gained attention and fame for his Best Picture winning films A Bridge on the River Kwai, and Lawrence of Arabia, it is Doctor Zhivago that remains the best piece of an epic career.
Posted by IG at 12/21/2010