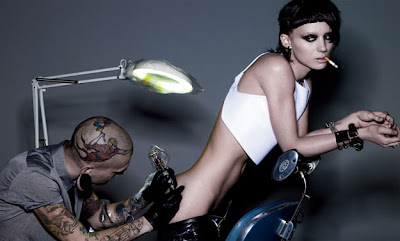 2009 was the worst year for films by far. 2010, somehow, outdid it. I think there was maybe one or two great films this year. I spent the last month filling up my Netflix queue with nothing but films from the past year. To say I was disappointed with every single one of the two dozen I watched would be an understatement. I neglect to say that I cannot even come up with a top 10 list of films from 2010 simply because I did not see 10 films that deserve to be on a list of the best regarded movies of the year. Instead, I’ll leave with you with a list of my most anticipated films of the coming year.

Before I do that, however, I’d just like to say that the state of film has been in decline for some time now. The 90s ended off with style, and the following decade began with a few hits. But over the last 10 years, it has been a horrible state of affairs in the movie industry. The powers that be control the masses through media and one way to do it is to dumb us down with the movies that are produced. Anything out of the ordinary, anything that involves thought is almost exclusively prohibited. Those films that make it past the aforementioned powers, be it an independent film or a foreign film carries little to no weight. Sometimes the independent and foreign markets fail to succeed and turn out stinkers as well.

Here is a list of films that I am excited to see in 2011. The list is relatively brief, containing about a dozen or so titles that I think will make the year worthwhile. There might always be other surprises. And if there are, you can be sure I’ll be discussing them here on the site. I bid you well.