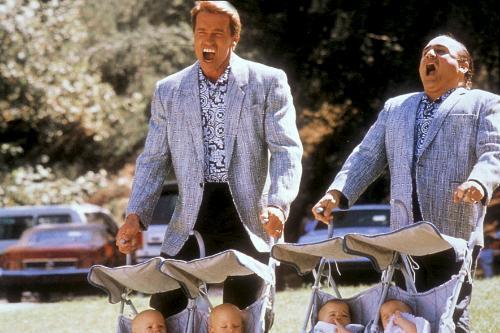 Now I'm going to talk about a movie that most people would not consider to be a  masterpiece but it's one of my favorite films from my childhood and honestly, its  a comedy with a lot of charm and appeal. I’m talking about Ivan Reitman’s 1988 comedy, Twins. The film stars Arnold Schwarzenegger and Danny DeVito, improbably, but intentionally, as two brothers separated at birth. Their life began as a scientific experiment involving the creation of the perfect specimen, the 6’2, muscular and brilliant Julius, played by Schwarzenegger. Through a medical miracle, a second embryo turned out the “scraps” of the genes, the 5’1, stocky, and smug Vincent, played by DeVito.

At the time of the release, DeVito was just coming off the success of the popular TV show, Taxi. Schwarzenegger was already on his way to being America’s number one movie star, having played Conan the Barbarian in two films, and the Terminator, to international success. He also played in blockbusters like The Running Man and Predator. 1988 brought Arnold to the world of comedy. Reitman, fresh off the success of Ghostbusters was slated to direct, and its stars were a (mis)match made in heaven. The two played brilliantly together, as one was the obnoxious, con-artist type, while the other was the charming, intelligent brother. The ying and the yang.

Twins is about 80s consumerism. When supermarkets and microwaves were becoming popular. A time when owning a Cadillac meant you were wealthy and prosperous. This is when Arnold was the most charismatic and capable actor in Hollywood, and DeVito was its smarmiest. Schwarzenegger and DeVito spend the majority of the film bonding and tracking down their mother who was told her child died during the experiment. Twins also stars David Caruso, in one of his earliest roles, and Kelly Preston, the future Mrs. John Travolta, who played Schwarzenegger’s love interest in the film. 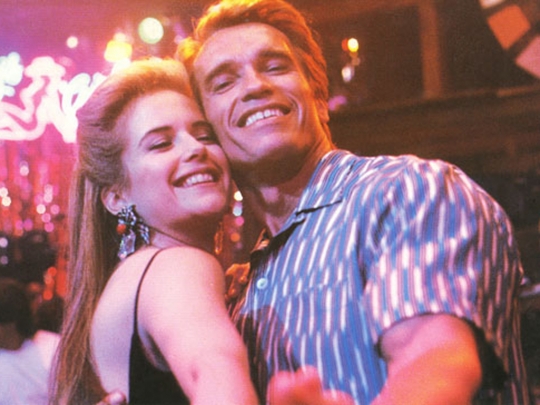 Twins was a film released during the latter part of the 80s, that era of synthesizers and montages set to cheesy music. Twins is a simple movie, really. It doesn’t have flashy effects, or Woody Allen-type writing. It doesn’t feature extensive set design or staging. But it’s a happy film, with great characters, that will make you laugh and enjoy yourself. Schwarzenegger really proved it to himself and to audiences that he could pull off lighter fare, that he didn’t need to be the macho, tough guy action hero in every movie. He was able to show a different, warmer side of himself, and it paid off tremendously.

The film was a financial success, and allowed Schwarzenegger to reach a different stratosphere of movie stardom. He continued to be the world’s biggest actor for several more years. He starred in the sci-fi classic Total Recall in 1990, and a year later, reprised his role as the Terminator in Terminator 2: Judgement Day, the biggest hit of his career. In 2003, Schwarzenegger became the 38th Governer of the state of California.

He has produced the greatest underdog story in movie history—his own life. Hailing from Austria, he came to international attention as a bodybuilder and star of the documentary Pumping Iron in 1977. He later became a huge movie star in Hollywood, married a Kennedy, and became the leader of the most populated state in America. His pairing with DeVito in Twins would not be their last one together. In 1994, they starred in the less-successful comedy Junior.