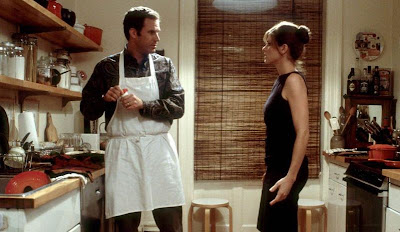 I love Woody Allen. I mean, I really do. I am in love with this man. He is simply one of the great creative geniuses of our time, and each time I see a film of his, his talent and skill astounds me more and more each time. In fact, because he’s been around for so long, he pretty much transcends generational gaps. He was a great comic in the 1950s and early-60s. He was a great up and coming writer in the latter part of the 1960s. And he essentially established himself as a premiere filmmaker with some of the most innovative and cerebral romance and comedy films of all time in the 1970s and 80s, like Annie Hall and Manhattan.

Even though some people think he hit a snag in the 1990s and early 00s, I think he made some very competent pictures like Husbands and Wives, Hollywood Ending, and perhaps his most underrated film, Celebrity. However, towards the middle of the 00s, Allen began to deviate from his earlier work in an attempt to establish a new reputation as a serious filmmaker. In 2005, he directed what is possibly his most acclaimed film since Hannah and her Sisters, released all the way back in 1986, Match Point, starring Jonathan Rhys Meyers and Scarlett Johansson, and most critics and fans likened the film to the classic Dostoyevsky novel Crime and Punishment. Indeed, the film was a big departure from Woody’s typical romantic comedies, and the decision to make a serious thriller paid off, as it is one of the biggest worldwide grossing films of his long career.

However, and excuse me for procrastinating, but when discussing someone like Woody Allen, its impossible not to mention a few little nuggets about his life’s work, the movie I’d like to actually talk about is the one directly preceding Match Point by exactly one year.

The film is Melinda and Melinda. It is another of Woody’s greatly underappreciated rom-com’s which stars Radha Mitchell playing dual roles, and Will Ferrell as the “Woody Allen” character. This clever little gem was perfectly constructed and begins in a small café, with four friends casually sitting together, one of whom is played by frequent collaborator and fellow classic comedy performer, Wallace Shawn, who enjoy a cup of coffee and breezily discuss a story about a woman named Melinda. Shawn, being a comedy playwright feels that her story would make for a great comic tale. His friend, on the other hand, being a serious playwright, decides her story takes on more of a tragic tone. And so, these two friends decide to tell play out their interpretation of the story in their heads, one re-telling it in a comic fashion, the other in a tragic one.

And so, the movie really starts. We begin with the tragic version first. Melinda barges in on a dinner party hosted by her long time friend, played by Chloë Sevigny, and desperately asks to stay over while she re-assembles her sanity. As the story progresses, we come to realize that Melinda, in the tragic version is exactly that-a tragic figure. After having an affair with a younger photographer, her rich husband leaves her, and takes the kids with him, leaving poor Melinda, alone and depressed. When we switch to the comic version, this time, Melinda, barging in on her neighbors, played by Amanda Peet and a wonderfully refreshing Ferrell, is more of a light, and fun single woman who is getting over the marriage which fell apart due to her husbands infidelity.

Although the story feels like a classic genre tale from the man who does them best, heck he literally invented the modern romantic comedy, he never ceases to dose the film with his usual banter of psycho-philosophical banter about life, love and affairs. But what makes this film so unique, is that at the core of it, it is actually very poignant. The cast which is primarily made up of comic actors, such as Ferrell, Peet, as well as Steve Carrell who plays Ferrell’s best friend, still manages to make us think and make us feel for them in a somber way, mainly due to Woody’s exceptional script and direction.

The film ends somewhat abruptly, but it doesn’t matter. Woody crafted together such a great work that it didn’t matter how he ended it, or in what fashion. The movie stands out with its great cinematography, smart and witty script, featuring a wonderful performance by Mitchell, who I’m surprised didn’t catapult to some kind of stardom after this film, and of course sharp and tactful directing by the master himself, Mr. Woody Allen.

While most people write off his recent work in favor of his oldies, which are rightfully considered to be classics, it wouldn’t hurt people to give some of his newer films a little more attention. I think you’ll find that Woody, after all these years and all these decades, has still got it.
Posted by IG at 12/11/2009