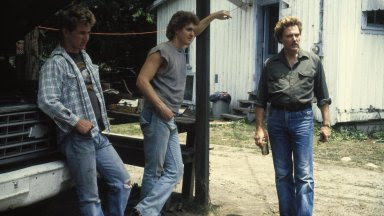 The 1980s played host to an array of young, up and coming actors who were vying to be the next Paul Newman or Robert De Niro. Among them were Mickey Rourke, Patrick Swayze and Sean Penn. Rourke starred in some high profile films but by the start of the 90s had bottomed out and started an unsuccessful boxing career. Swayze headlined some box office hits but faded from the public’s subconscious by the late 90s. He passed away in 2009 from cancer. Penn, however, has become a two-time Academy Award winner for Best Actor and one of the Hollywood’s most vocal and recognized leading men.

Penn’s breakout role was as a stoner in the high school comedy classic Fast Times at Ridgemont High (1982). By the mid-80s, Penn shored up his image and began doing dramas. He continued acting throughout the decade but failed to reach high status as an actor. He turned to directing and collaborated with Jack Nicholson on several films. As the 1990s approached, Penn’s star slowly began to rise. He worked with top tier filmmakers like Oliver Stone and Woody Allen. Then in 2003 he won his first Oscar starring in Clint Eastwood’s Mystic River. He continued his success with 2003’s 21 Grams, and 2008’s Milk, which netted him another Oscar statuette. He is now widely considered one of the best actors in the business.

In 1986, however, Penn was still only 25 years old, acting alongside his younger brother Chris Penn and a young actress named Mary Stuart Masterson. At Close Range concerns a reckless teenager, Brad Whitewood Jr., who becomes close with his estranged father, Brad Sr., a noted thief and criminal. After being initiated into his father’s gang, Brad Jr. realizes that he got more than he bargained for, and tries to get out. His ruthless father, afraid that his son might talk if approached by authorities then goes to extreme lengths to ensure his son doesn’t talk. The story was inspired by a real life event that took place in Pennsylvania at the end of the 1970s. 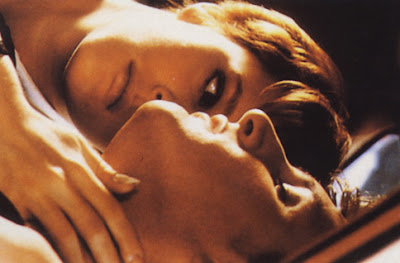 The film features brilliant cinematography by Juan Ruiz Anchía and clever direction from James Foley, who would later gain fame for directing the star-studded Glengary Glen Ross, based on the infamous David Mamet stage play. The film also featured the never before heard song "Live to Tell" by Madonna (Mrs. Penn at the time), which propelled to #1 on the song charts.

In addition to Walken and Masterson, the supporting cast also includes a young Kiefer Sutherland (24), David Strathairn (Good Night and Good Luck), and Crispin Glover (Back to the Future). At Close Range works on many levels and showcases the broad talents of an actor before he became one of our generation’s finest performers.

Here’s a funny story that explains Penn’s early instincts as an actor: When Christopher Walken works with guns in film, he checks them himself before each scene for safety reasons and his own personal ease. During the scene when Sean Penn sticks a gun in Walken's face, Walken checked the gun before the scene started. Before the director had the chance to say "Action", Penn ran off camera and shouted, "Give me the other gun!" He immediately returned to Walken and started the scene. This is the cut that made it into the movie, and Walken was really terrified.
Posted by IG at 7/31/2011