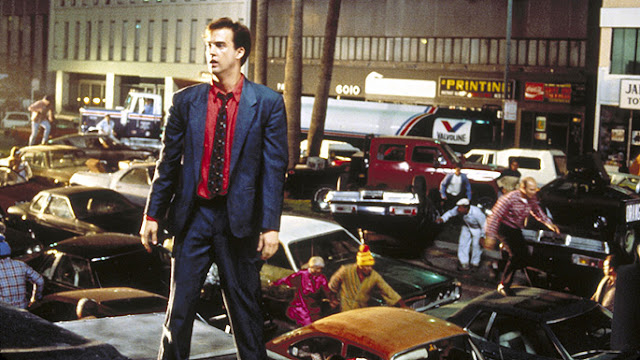 Have you ever wondered what the consequences would be if ever there were a real full blown nuclear war? Countless films, mostly released in the 1950s and 60s told tales of “what if?” in thought provoking fashion. Stanley Kubrick's Dr. Strangelove, Sidney Lumet's Fail Safe, even Rod Serling delved into the subject in several Twilight Zone episodes. The topic wasn't covered in Hollywood for decades after the Cold War subsided in the late 60s and 70s.

The 1980s marked the return of competing nations like America and the Soviet Union. A tension-filled arms race followed with no winners and no losers. Hollywood took notice and began to start asking the ultimate question on everyone’s mind, what if it did happen? What if one country set off a nuclear bomb attack on another? This was tackled by several productions in the 80s such as the The Lathe of Heaven (reviewed on 9/09/10), The Day After and Miracle Mile, the latter of which premiered at the Toronto International Film Festival in September of 1988.

Pulse pounding and working in real time, Miracle Mile is about a young trumpet player who shows up late to a date with the girl of his dreams and answers a chance phone call who tells him a nuclear war is set to go off in less than an hour. He struggles to explain the situation to nearby diner patrons, who naturally believe him to be a crazed loon. However, he convinces enough people to start a mini-storm of panic, while the clock slowly ticks away. The question on everyone’s mind is, of course, whether or not the phone call he received was real or just a prank. 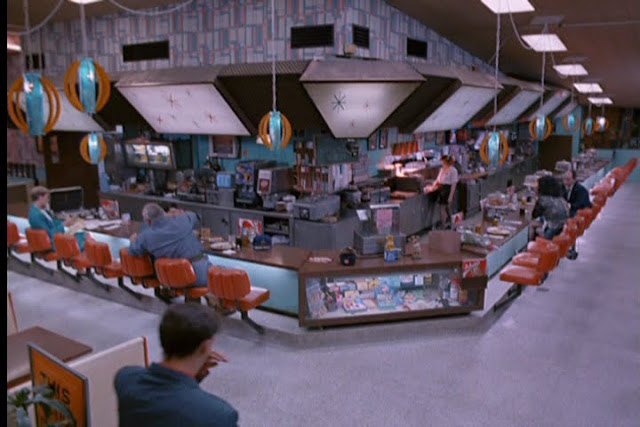 The trumpet player was played by Anthony Edwards, only a few years before he achieved TV stardom on ER. Also starring is Mare Winningham, just years after she achieved minor stardom in the rat-pack installment St. Elmo’s Fire and Mykelti Williamson, most remembered for playing Tom Hank’s army buddy Bubba in Forrest Gump.

Originally intended as a segment in the Twilight Zone movie released in 1983, director Steve De Jarnatt battled for nearly a decade to get the film produced and released. Originally a flop at the box office, it has since gained some minor-popularity over the years. Coming in at just 87 minutes, it’s a very quick, but memorable suspense story. Miracle Mile also features a brilliant soundtrack by one of the greatest ambient music bands of the time – Tangerine Dream. The German group, most famous for electronic music, also spearheaded the soundtracks for other cult classics like Michael Mann’s The Keep and the Tom Cruise flicks Risky Business and Legend.

Set in L.A. in the middle of a sleepy night, Miracle Mile’s ending, where the audience finally finds out whether or not they’ve been hoaxed, cannot be missed. Roger Ebert described the film in his review back in 1989 as having “the logic of one of those nightmares in which you're sure something is terrible, hopeless and dangerous, but you can't get anyone to listen to you.” The question is, if such an event ever did occur, would anyone believe you?
Posted by IG at 8/04/2011