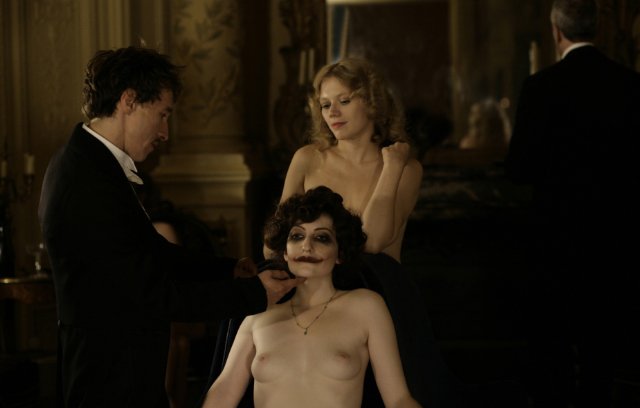 2011 saw many independent and foreign films go mostly unnoticed with major audiences. If it was something from overseas or independent, and it wasn’t called The Artist or Beginners (both overrated), then it probably wasn’t going to make it with audiences in American theaters. Instead, moviegoers preferred Transformers 3: Dark of the Moon, and Harry Potter Part 7 Part 2, both of which grossed over $350 million in the US.

Turning the attention away from those blockbusters and sure-to-win-come-awards-time films, it is worthy to note a little-known French film by veteran Bertrand Bonello.

Bonello’s fifth feature-length film, House of Pleasures, is that rare type of film--both shocking and disturbing to the eye, yet provocative and intriguing enough to captivate you. Based on a screenplay written by Bonello himself, House of Pleasures takes place entirely in a Parisian brothel at the turn of the 20th Century. Its inhabitants vary from naïve teenagers who seek independence from their families and girls in their late 20s, already considered old and brittle. Each girl has a sad story to tell, each with enormous debts forced to pay them off by living and working in the house. Life is difficult for the prostitutes. They have no future, no hope. Their debts will never be paid off. Some will catch fatal diseases, which is unavoidable; others suffer a fate far worse--mutilation and lifelong humiliation. A client assaults one girl so badly that she ends up with the nickname “The Woman Who Laughs.” 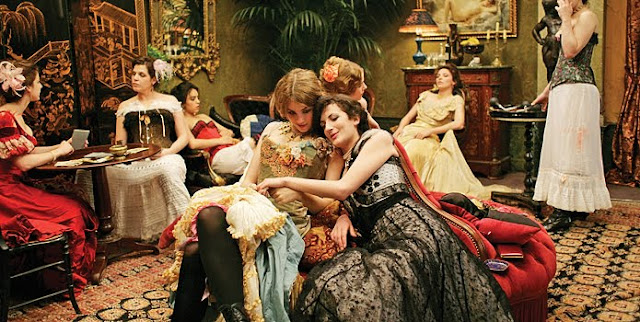 The movie was immediately written-off by critics after its premiere at the Cannes Film Festival in May. It is difficult for critics to praise the film, since it consciously resists definition and meaning by traditional standards. It is a shame though, because House of Pleasures is worthy of an audience outside of the art house crowd. From the start, the film draws you in with sensuous, ethereal imagery. Helmer Bonello's self-penned score alongside use of playfully old-fashioned soul music and 1960s rock tunes infuse a modern sensibility that keeps the period flavor from becoming overly sentimental.

It should be noted that Bonello never seems to resist alienating his audience, forcing the viewer to squirm in their seat, yet the landscape is so exquisite and stylish that they cannot turn away completely. House of Pleasures, also known as House of Tolerance in the United States, is a brave, titillating and unrelenting work of art. While it may not please a wide range of audiences, the film retains an odd appeal, which might explain its strange effect on the viewer. Bonnello does a great job in creating a beautifully constructed alternative art film. It stands as the one of the finest motion pictures of the year, and certainly the most underrated.
Posted by IG at 12/11/2011